Here’s what The Big Takeover had to say:

Allelujah is a project conceived by Andy Byers of Minus Story and Shearwater’s Lucas Oswald, who released the album The Death and Life of Capt. Nathan Baker recently on Cosmic Dreamer Music. On the LP, they blend poetry and gospel anthems to tell the spiritual journey of a civil war captain.

After that, Andy moved to LA where he rediscovered his passion for songwriting. He started to trade ideas with Shearwater’s Oswald, and during a week long writing session in Los Angeles the two of them had outlined the basic concept for Allelujah’s The Death and Life of Capt Nathan Baker.

The video for the enigmatic track “Chariots on Fire”, which The Big Takeover premieres here, includes works created by Byers and Rossellini when the two worked together for almost a decade making over 30 short films and 2 features. Also making an appearance is a gifted black skull from Sean Lennon from when Byers worked as production designer and art director for the Ghost of a Sabertooth Tiger video for “Animals”. 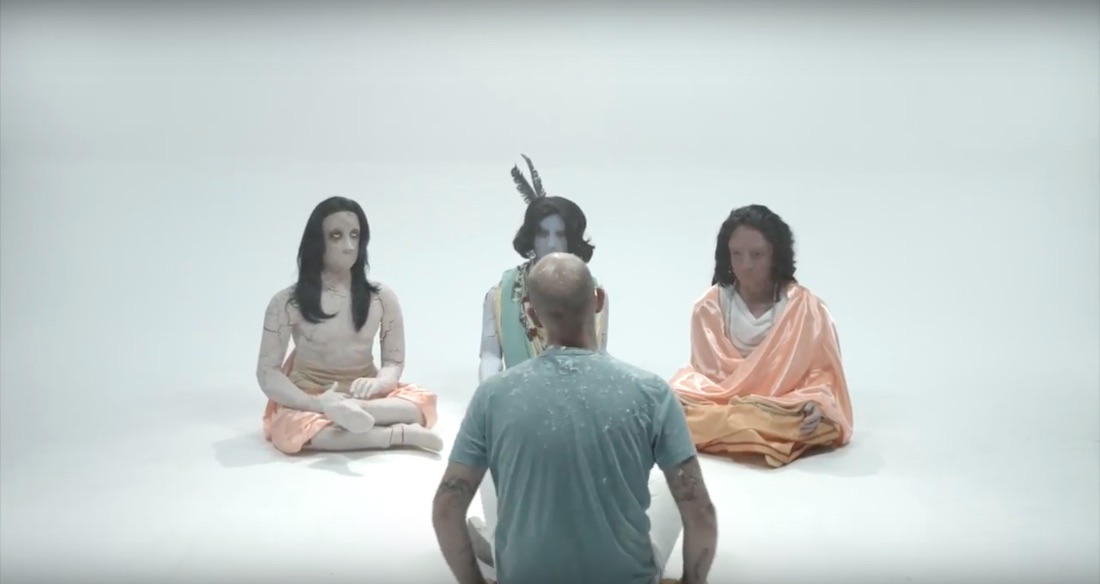