THE TUSK: I guess I wanted to ask you first to just tell the story of how this project came to be.

SABHLOK: Sure. I guess it started a few years ago, this guy Sufjan Stevens said he was going to do an album for every state or something. And I just thought it was awesome, you know? And then I found out he wasn’t going to do it. I’m like, You know what, I’m just gonna do it then, something like that. ‘Cause it’s good to get a lot of music, y’know? If somebody can pull it off. So that kind of started it, and me and the guys were just kind of joking around, and I said I had a shit load of songs and let’s record them all. So that’s kind of, I think, what sparked it. And I was just traveling around the country for about six months and just wrote a bunch. And I came back and we did it. So I think that’s about it.

One of the Oldest Men Who Ever Lived, the debut album by Raj and The 100’s is out now. It’s available for purchase on Vinyl right here on Raj’s Bandcamp Store. 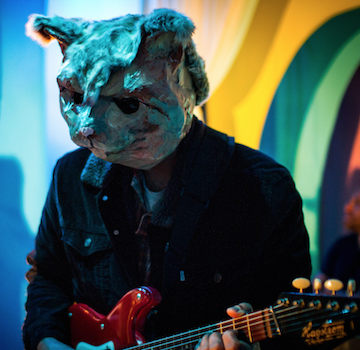