Cosmic Dreamer Music is a home for artists whose works we feel the world can’t afford to miss out on.  With that in mind, we’d like to proudly introduce you to Raj and The 100’s.

Following the sudden passing of his parents, Raj Sabhlok, the mastermind behind Raj and the 100’s, traded in his house for a small RV and left his hometown to hit the roads of the United States. In a two year journey of exploration into the American wilderness; Raj wrote approximately 300 songs. Upon the completion of this songwriting pilgrimage, Raj found himself at Tiny Telephone, (John Vanderslice’s all-analog recording studio) where he recorded 50 songs within the span of 10 days. Encouraged by the energy of that immensely productive session, Raj and his bandmates challenged themselves to record 100 songs in only 20 days. Following that was a recording frenzy in the vein of Raj’s writing process, in which Raj and the 100’s; consisting of two members of John Vanderslice’s touring band and full time engineers at Tiny Telephone, and Jason Slota from Thao and the Get Down Stay Down, recorded 250 songs, all analog and cut live to tape with minimal overdubs, within the span of a couple months.

100 of those songs form Volume 1 of the first official release by Raj and the 100’s. Some of the songs on Volume 1 are as close to the heart as it gets, and some are self confined stories that have no connection to Raj’s experiences at all. Bearing a reflection on experiences ranging from loss, longing, separation, growing older, falling in love and rebellion, Raj and the 100’s is a project that finds home in the spot between the sonic characteristics of Rock n Roll and Pastoral American Folk, driven as much by melody as it is by lyricism.

‘‘ A one in a million songwriter. He’s written and recorded hundreds of EXCELLENT songs in the past few years. One of the best lyricists I’ve heard. . .’’, – John Vanderslice 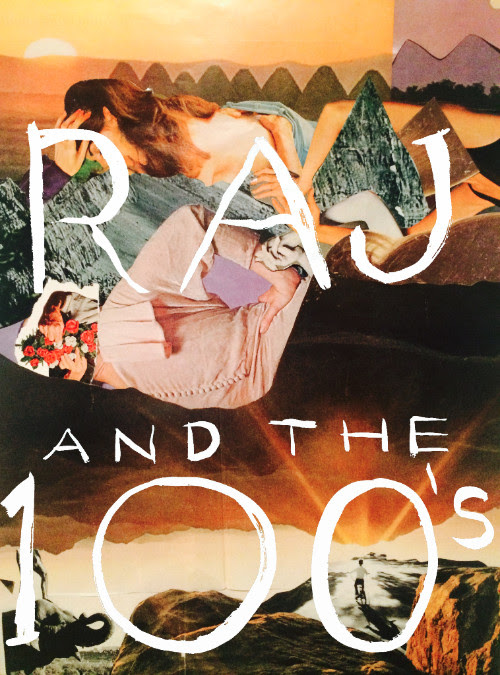 ‘‘A one in a million songwriter. He’s written and recorded hundreds of EXCELLENT songs in the past few years. One of the best lyricists I’ve heard. . .’’, – John Vanderslice